Frequently the woods are pink

‘Frequently the woods are pink’ brings together a body of new works by Dutch artist Paul Beumer and Mexican artist Alejandra Venegas. Both artists share a fascination for nature and landscape, which in this case results in works made from tree bark and wood. The title of the exhibition comes from a poem by Emily Dickinson (1830-1886), which relates how the landscape changes with the seasons.

During a recent residency in Sarawak, on the island of Borneo, Paul Beumer got acquainted with textiles made out of the inner bark of specific native trees. The use of bark is one of the oldest techniques for creating textiles and predates weaving. By soaking the bark in water and pounding it with wooden tools the fibres soften and expand. This laborious process produces a stunning ochre coloured material, called barkcloth, which is held in high spiritual regard, but is also used for more common means, such as loincloths. The technique is practiced in Africa, Asia and Micronesia and from 2008 has been inscribed on the UNESCO Representative List of the Intangible Cultural Heritage of Humanity.

For his new series of works Beumer managed to obtain various sorts of barkcloth from an Iban tribe member in Sarawak. In his studio in Kuching he started to experiment with the material to see if he could slightly change the colour. He thereto employed a mixture of lemon juice and hydrogen peroxide, which enabled him to make bleached strips on the material. Subsequently he stitched together various pieces of the cloth to form abstract compositions. To even further the contrast between organic material and abstract presentation he eventually decided to encase the cloth in rectangular single colour frames. The chosen colours are referencing the colours of the sky: from a grey day to a deep blue night to a pink sunrise.

Alejandra Venegas is a contemporary painter who recently started to use an unusual surface to paint on, namely carved wood. She hand carves landscape scenes from various sorts of wood native to Mexico, after which she colours them with gouache and wax. Uniting the natural, warm tones of the wood with stridently bright shades is a contrast she actively seeks for. Incorporating the natural irregularities of the wood makes it much more than just a panel to paint on and gives the work a definite sculptural character. She very much enjoys the artisanal and durational processes involved in the wood carving. For Venegas these works have therefore become a meeting place between painting, sculpture and drawing.

In the same vein as Paul Beumer, Venegas’ interest lies in an intercultural search for motifs, patterns and symbols, which seem to have a universal meaning. Since her childhood, through her artist parents, she has focused her gaze on Asian art, Japanese woodblock prints, Tibetan Buddhist painting, traditional African woodcarving and Egyptian hieroglyphs among many other interests. Her imagery stems from her memories and from closely observing her immediate natural surroundings, being her garden and the mountain close to her house, as well as various other territories. Her works hover between the figurative and the abstract, the real and the surreal. They have firm roots in Mexico, but they speak of a shared human experience and language.

After having shown in the Frontspace of the gallery in 2019 and being newly represented by Dürst Britt & Mayhew, ‘Frequently the woods are pink’ is Alejandra Venegas’ first major exhibition outside of Mexico. For Paul Beumer this exhibition is his third in the gallery and shows an important step in his ongoing intercultural research on textile traditions and putting these traditions into dialogue with both his own and Venegas’ contemporary painterly background.

Click to read a specially commissioned text by Paul Beumer and Alejandra Venegas. 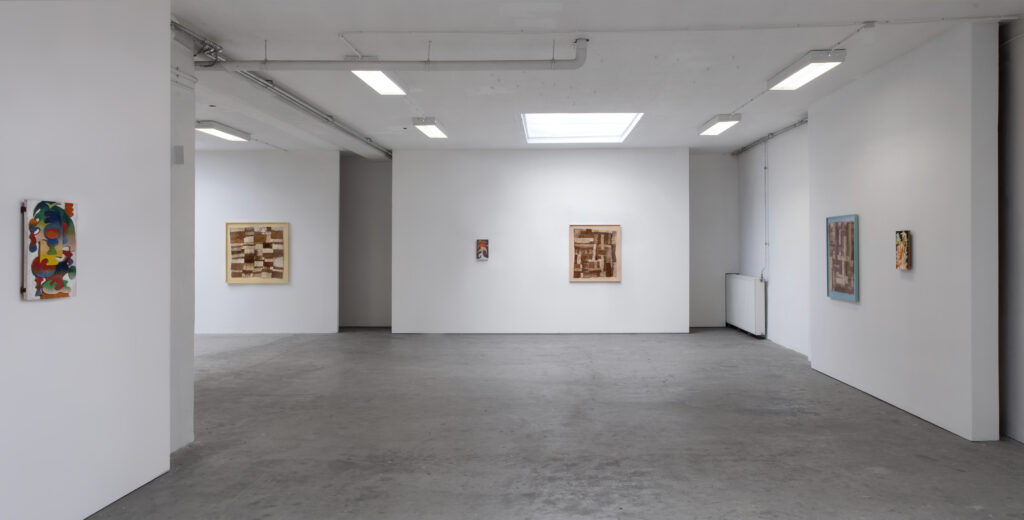 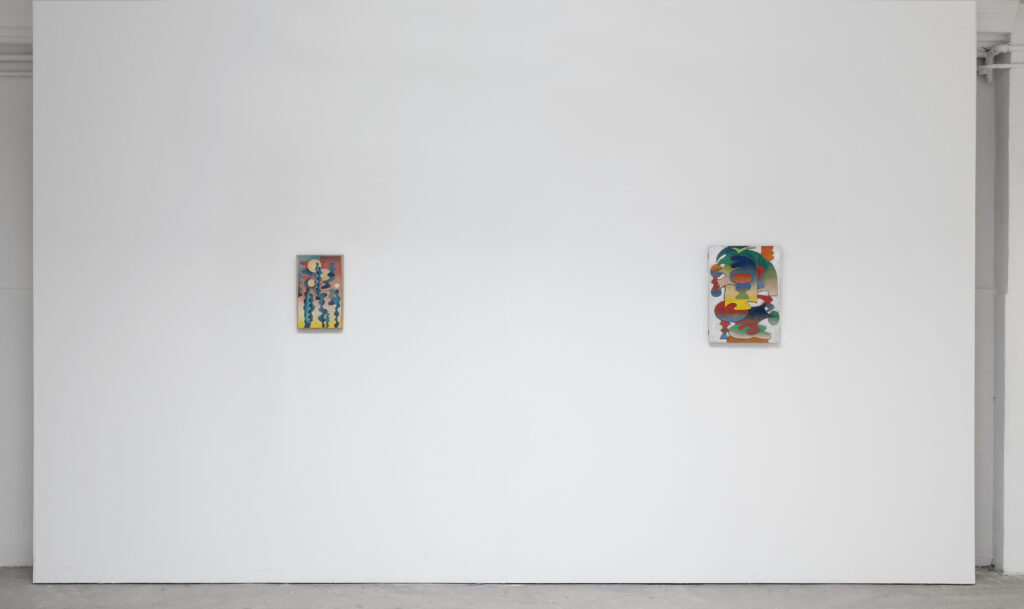 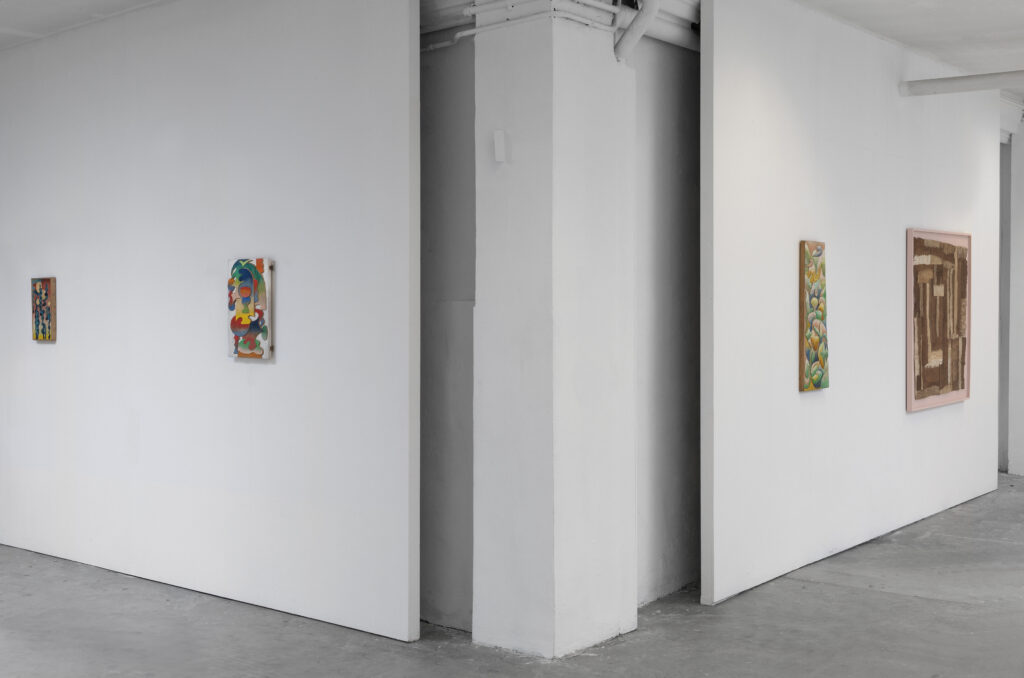 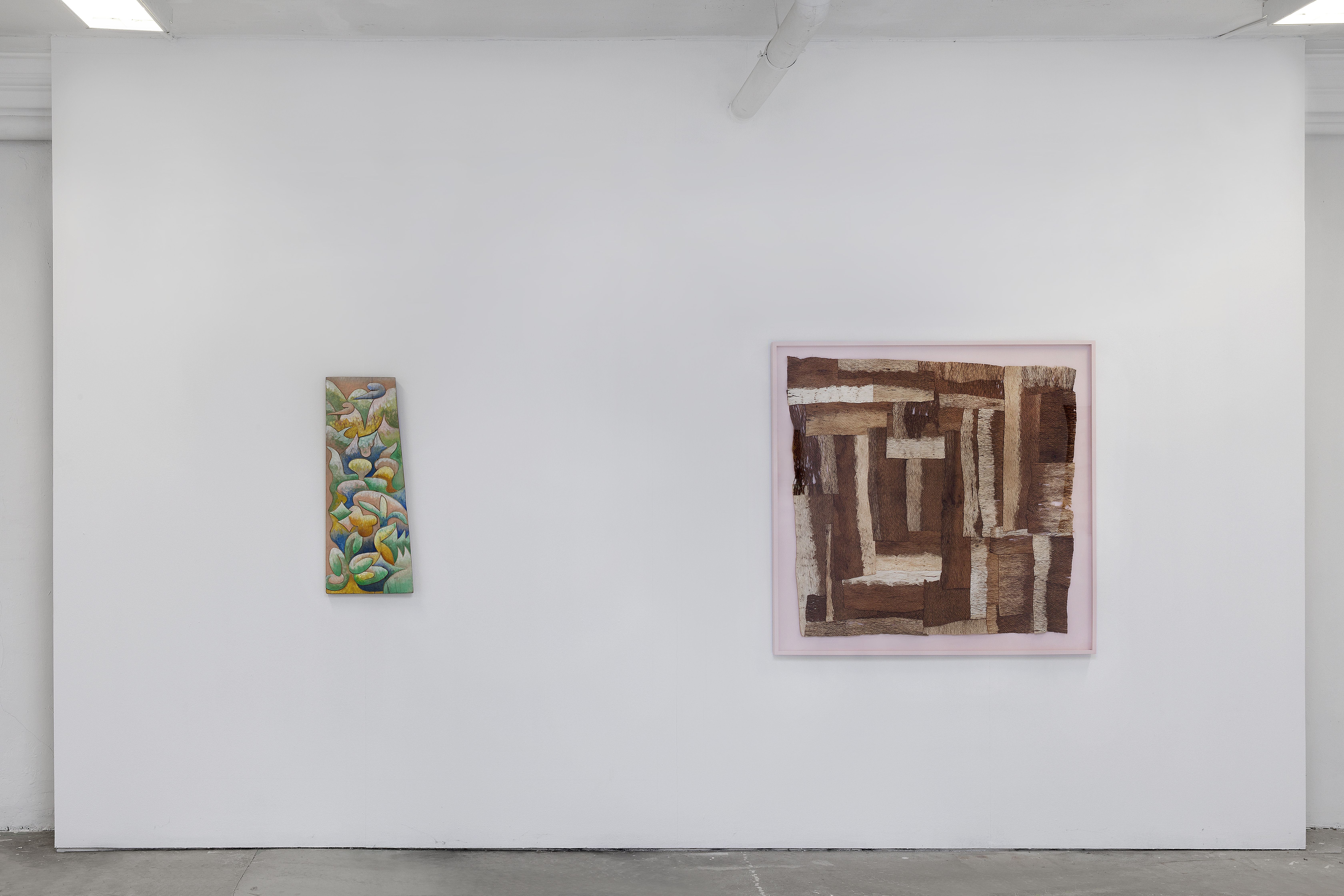 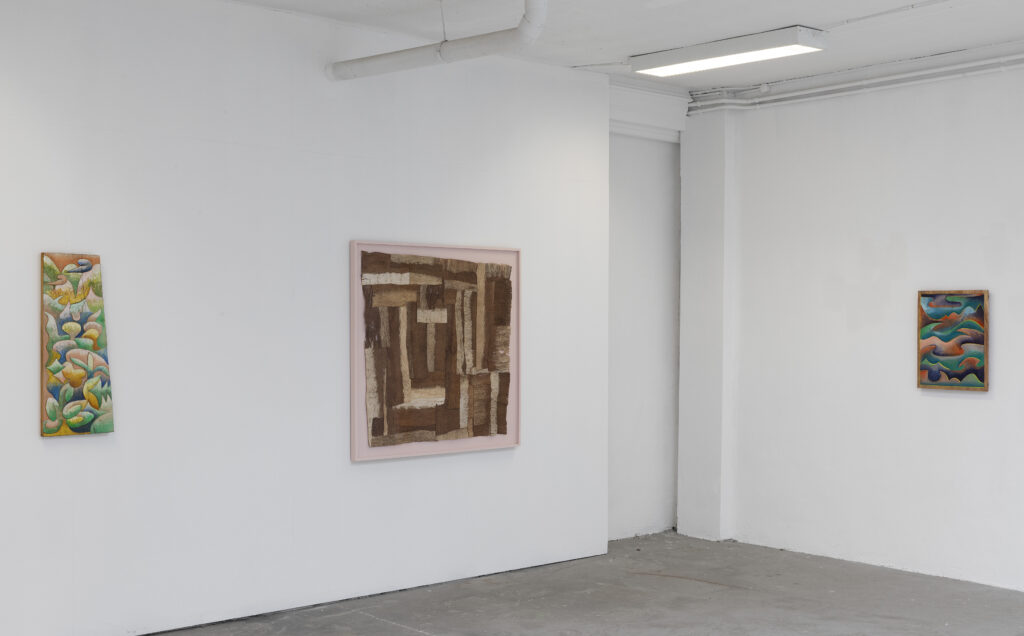 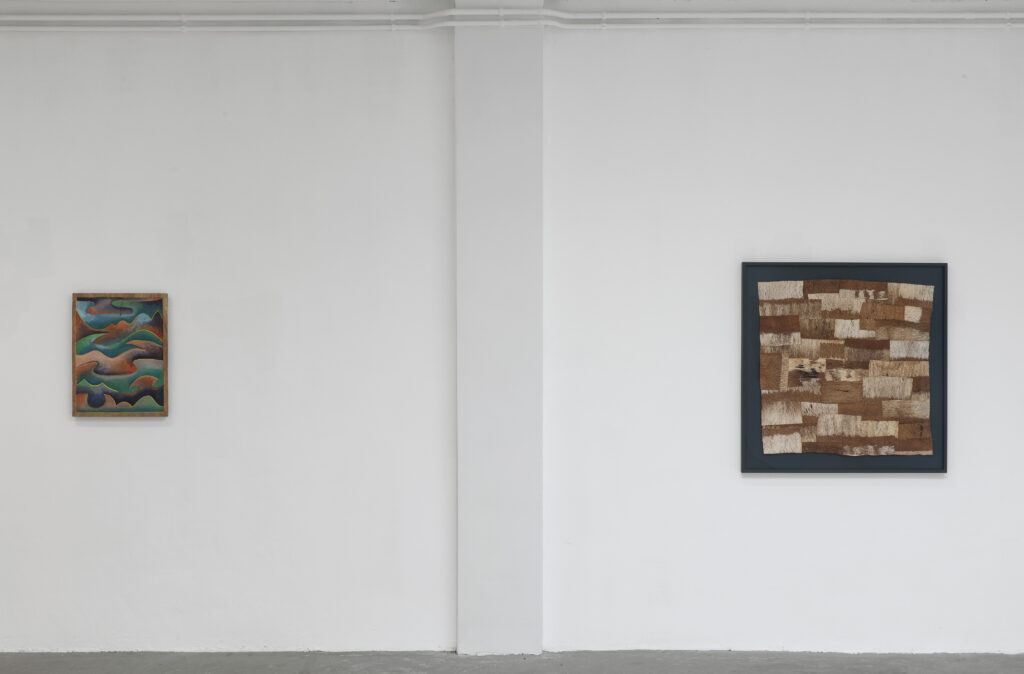 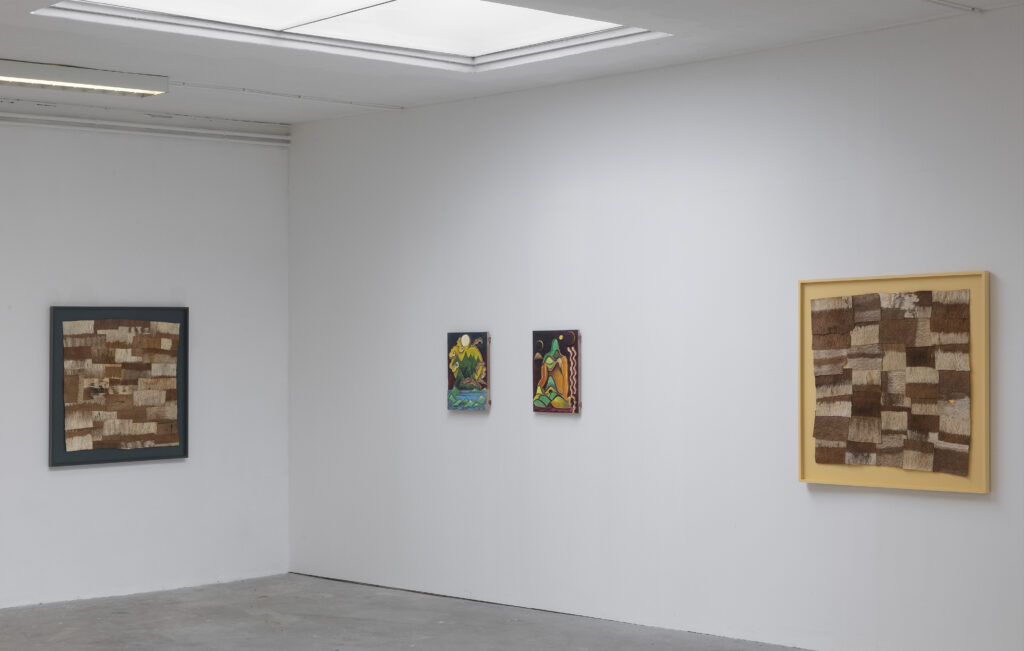 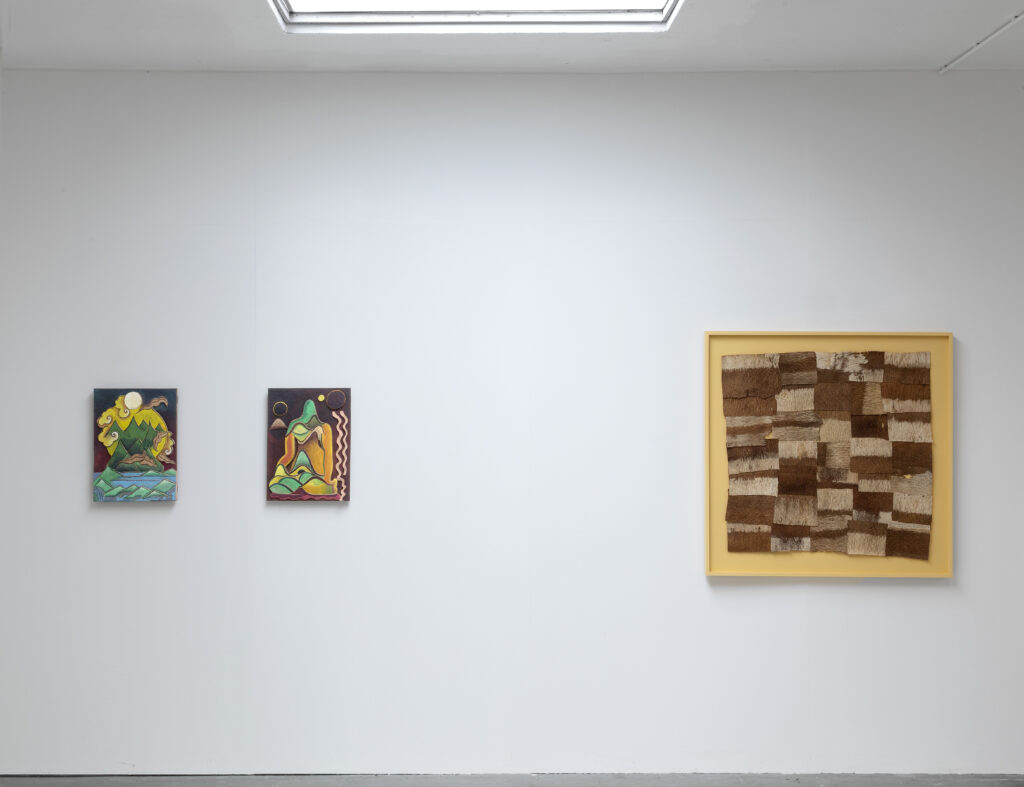 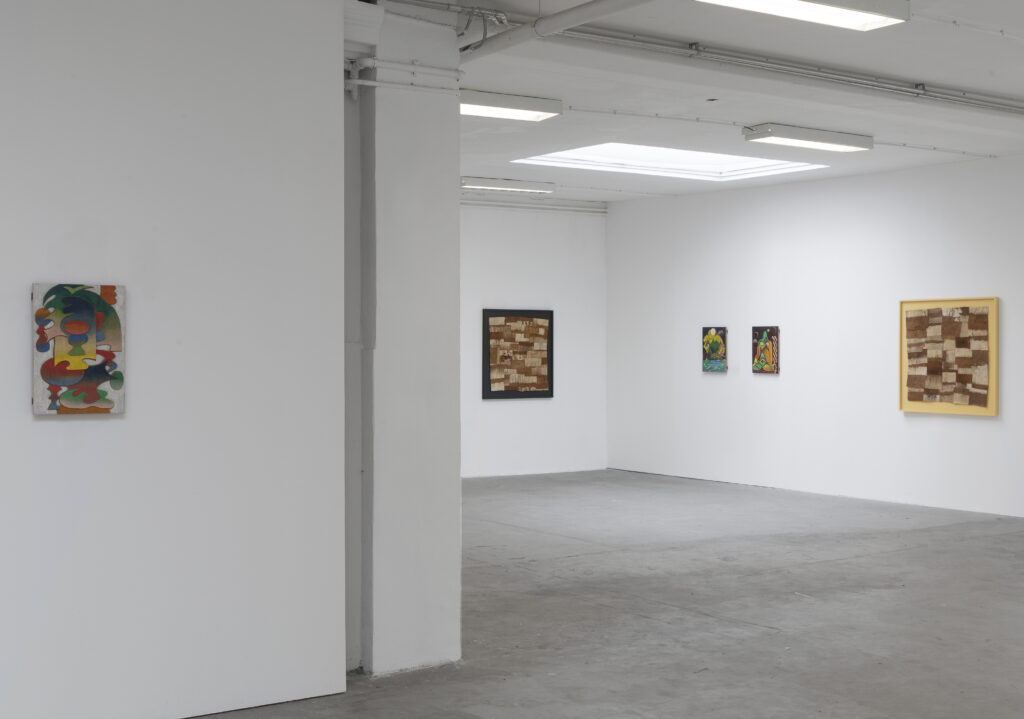 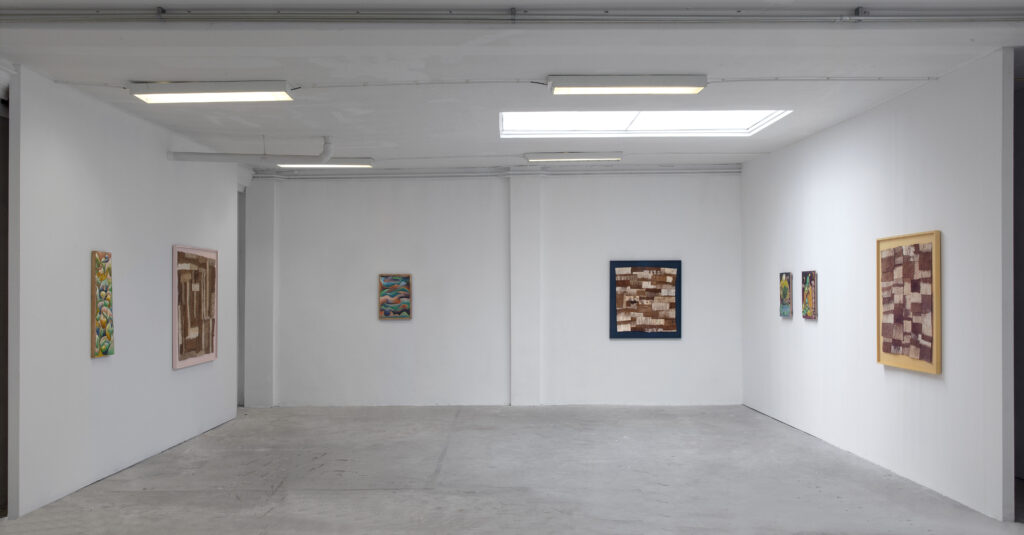 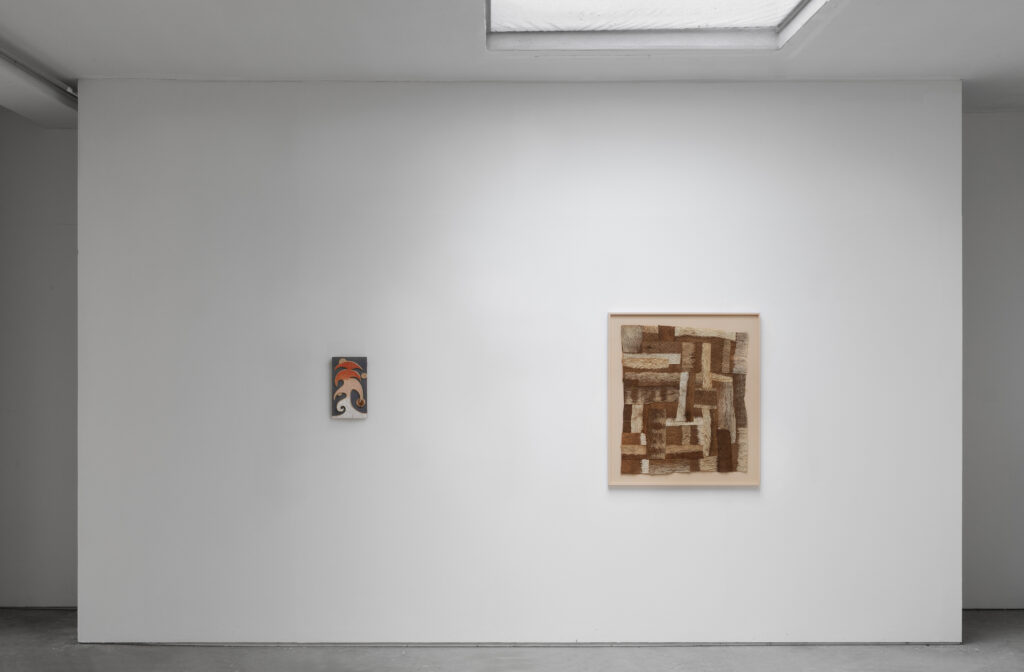 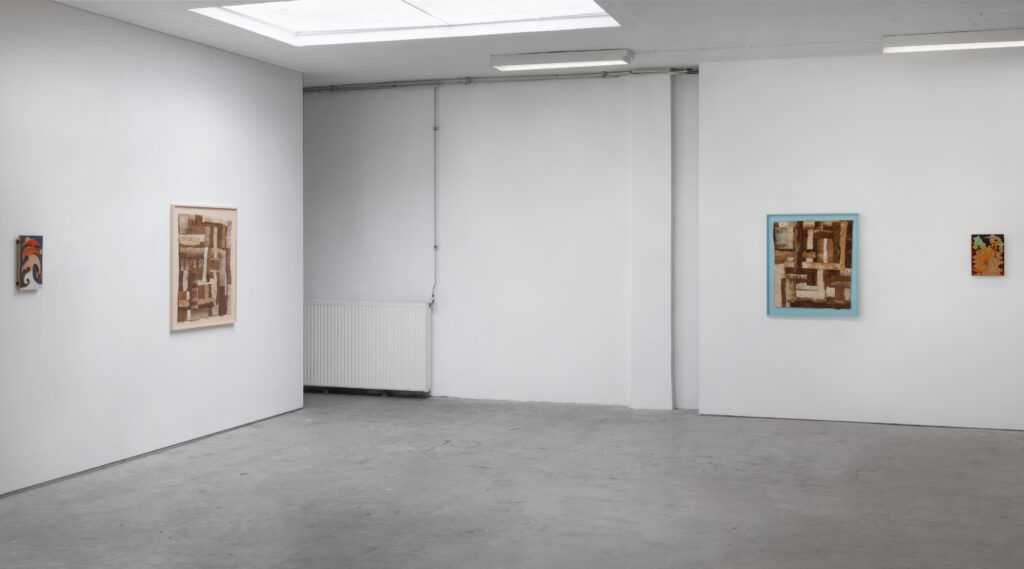 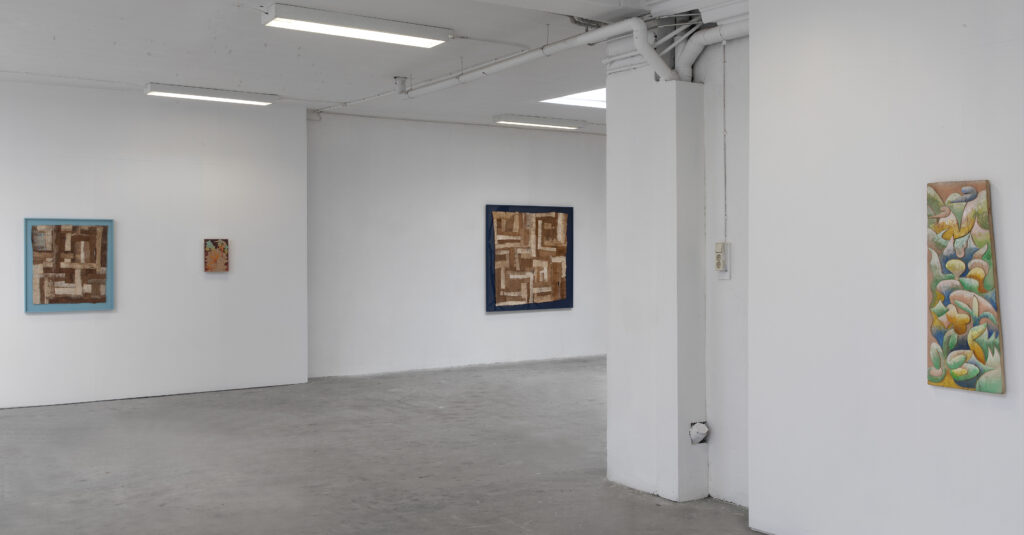 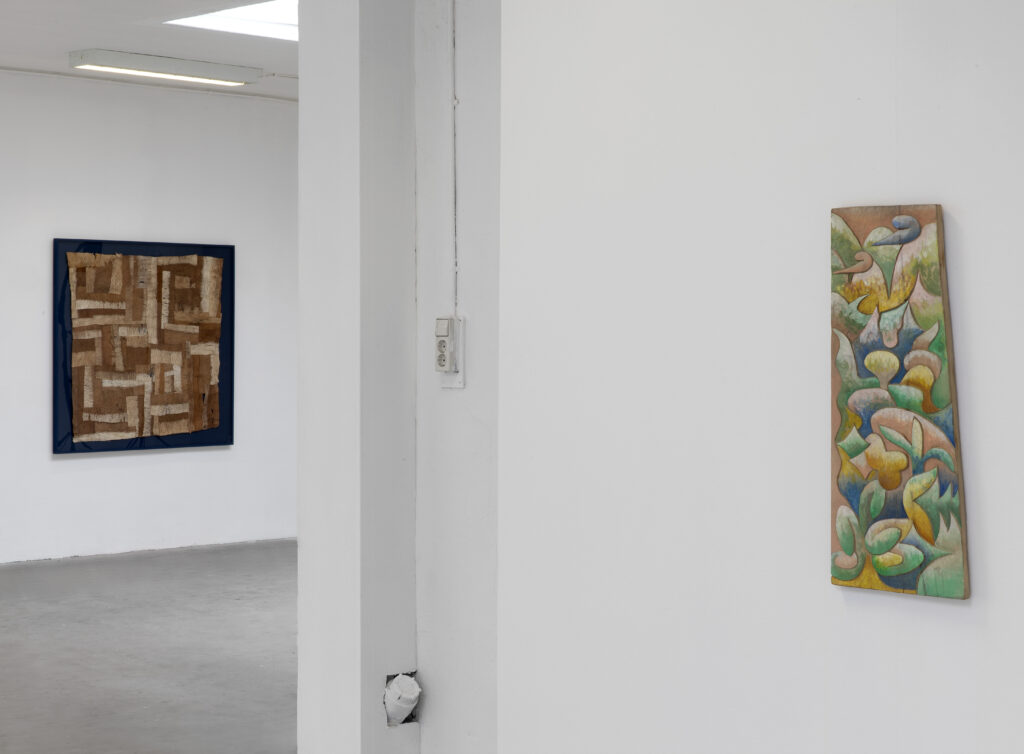 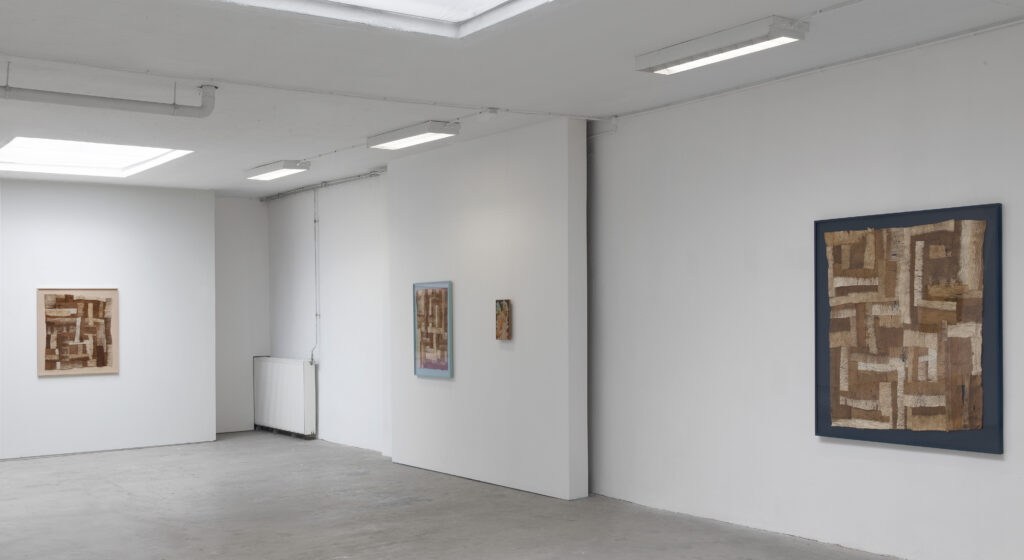 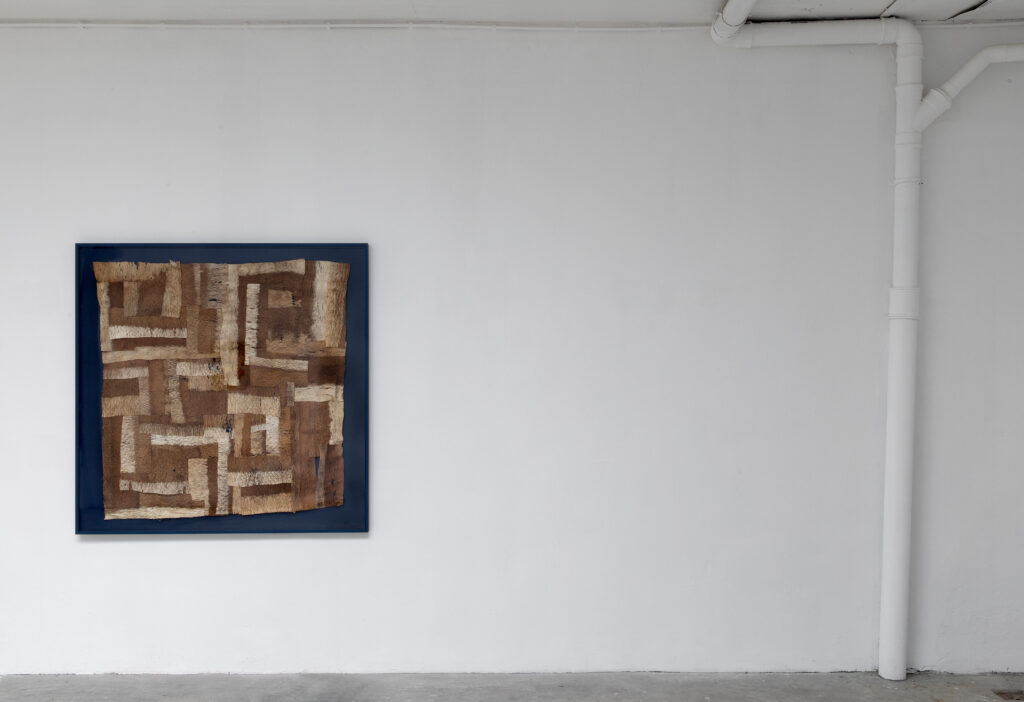 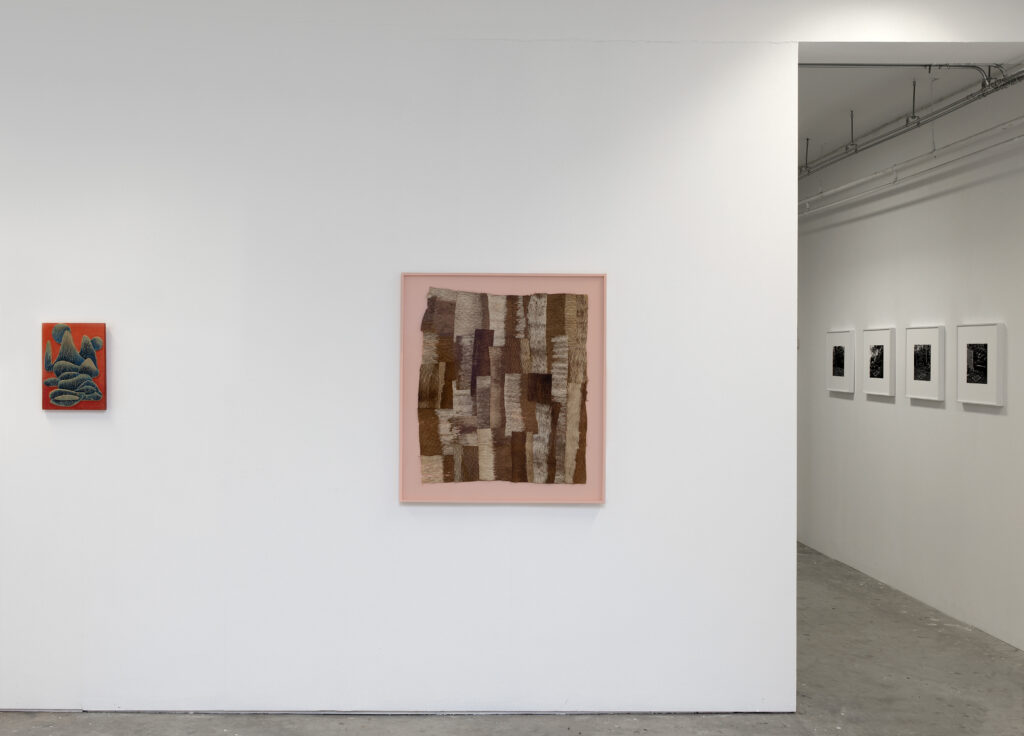